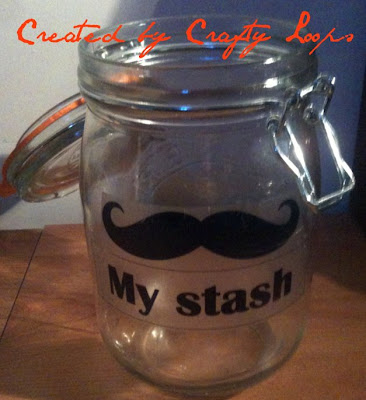 Hello my lovelies.  What is it with me and making a total eejit of myself when I'm in Belfast?  I was at it again last week!  If you didn't read my last post, you may want to catch up, because my "Belfast Behaviour" is becoming a bit of a series in itself!

My sister, T and I went up to Belfast to the Bi-Annual Craft Fair at the King's Hall.  We met up with me ole mucker Maddy (Izzwizz creations here in blogland) who is looking absolutely stunning by the way with her newly highlighted spikey blonde hair.  We had a great ole day messing about, waffling and spending wayyyyyy too much money.  Maddy bought her first set of Pan Pastels so keep an eye out for her up-coming projects using those, they'll be incredible.

Afterwards I took T into the City Centre to leave an essay in to Uni but it being Belfast and having constant roadworks, there was a big queue of stagnant traffic, as always.  So T is sat beside me with her face buried in her phone and I'm getting absolutely noooooo attention whatsoever.  Then suddenly on the radio (U105 is awesome!) the original 1979 Car Wash song came on, sang by the talented Rose Royce. Now I may not have been born when this song came out.....but I was in my Mammy's womb so I'm totally convinced she was playing it and bopping about the room to it when I was snug as a bug in her womb, because I LOVE this song.  By the way, I'm playing it now as I'm typing so here it is for your hearing pleasure......


"Well" me thinks to myself, "there is only one way I'm going to get T's attention."  So sitting in traffic in the middle of Belfast on a busy Thursday lunchtime I did what I do best.....burst into song!  I wound down the window, turned the radio way up and starting singing and doing the "Car Wash" moves with my hands in a "Wax on, Wax off" sort of motion.  Now THIS got T's attention.........and the car next to me...........and the one behind that car.....and pretty much anyone who was within earshot of me.  And considering there was 4 lines of traffic, 2 on each side.....that was a lot of people seeing and hearing my rendition of Car Wash.  T is now laughing her head off and starts pointing me over to the opposite lane of traffic which was close enough to touch.  And there they were......2 young girls in their car dancing and singing along with me!  Yippeeeeeeee!  Then when they moved on, there was a young man in a suit, sat behind the wheel of his car slouched against his window, leaning on his hand looking completely bored and feed up with the traffic.  He was a harder customer to convince but when he saw me acting the eejit and encouraging him to join in, what else could he do?  So, he replaced his glum traffic face with a big smile and joined in with the "Car Wash".  So, I managed to turn a traffic jam in Belfast into a party, lol.  Of course T put it straight onto Facebook for the world to hear about.  Thankfully she is well used to me mortifying her anywhere we go.  She can't complain though.........her hair was bright pink!  And when I say bright pink......I mean BRIGHT PINK.

Anywho onto my project.  It was my wee Daddy's birthday this month so I thought I'd get creative.  My Daddy  has had the proper Burt Reynolds moustache since the 70's so I decided to use it as my inspiration.  Come to think of it, my Daddy kinda looks like Burt Reynolds!